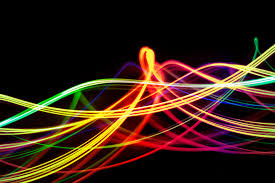 The rabbit hole or taking the blue pill or eating the cake…whatever it is that alice does that causes her to grow or shrink. I hate the franchise Alice in Wonderland, I refuse to read the book or watch the film, and I love books. So when I discovered I have Alice in Wonderland syndrome (AIWS), well, I wasn’t pleased.

AIWS is where the signals between the brain and the eyes gets mixed up and causes distortions in vision. Like alice, people having an episode of AIWS perceive their surroundings and/or body becoming larger and/or smaller. Their perception gets so distorted that anything they touch can feel too soft and too hard, often at the same time. The room or objects or themselves feel like they are spinning or moving nearer or further away, often all at the same time. Sounds seem really far away and too close and can speed up or slow down or both. Time seems to go really fast and/or slow. It’s scary, crazy, euphoric and like you’re experiencing an out-of-body sensation. It’s like you’ve taken drugs.

The causes range from migraines/headaches and/or fevers to brain tumours or Epstein-Barr virus.

I’ve had AIWS since I was a child and I had a fever from illness. Since then the episodes have occurred whenever I’m ill and have a high temperature, when I have headaches and am in bed either trying to sleep or waking up after sleeping. This week I’ve had two episodes, I usually have one or two a year. This week has been stressful and I’ve had regular headaches.

Last night when I was trying to sleep my thoughts were racing (a common trigger it seems) and a headache was pounding my frontal lobes, the feeling started. The feeling is difficult to describe, kind of like a small soft ball of weirdness, but this feeling always proceeds an episode. I could feel my body becoming distant, like my eyes and brain had left my body. My surroundings started to spin, slowly as it always does at the start and I opened my eyes. My bookcase was directly in front of my and the books were larger than usual, almost by 40%. I tried to stay with the episode for as long as I could, observing the feelings but it became too much. I had to stop it. I looked around the room trying to focus on the correct size of my furniture and eventually the feelings left me and the episode stopped.

One of the things I’m grateful for is the fact that AWIS episodes can be stopped. The way to do this is different for everyone, some find standing and walking around helps and others close their eyes. For me moving, especially standing, and/or closing my eyes makes the whole thing worse. I have to focus on objects which are the right size, that is what works for me.

If I hadn’t stopped it when I did then the episode would have continued. I know how that goes, I’ve experienced it plenty of times before. Everything spins faster and faster whilst seeming to spin slower. Objects become larger and closer, the walls close in on me. My bed (which is usually where the episodes happen) feels really hard, like a rock and really soft at the same time. I become more disassociated from my body, feeling like I’m flying over it. Parts of my body feel numb to me, like I can’t connect with them, they also feel bigger than usual but also smaller and further away. Sounds are distorted and slow but the individual noises sound too fast to understand too. With all this comes a feeling of dread (for some people they feel euphoric), I feel like the world is about to end and I have a hallucination of the world ending, slowly being disintegrated as I stand watching and feeling like it’s my fault but unable to do anything to stop it. At this point everything gets slower and slower and I become more distant from my body. This carries on for what feels like hours until I either pass out or fall asleep (I’m not sure which).

The while episode is scary and horrible for me. Every time I feel one starting I do my best to stop it, it’s not something I willingly want to happen although there are triggers which can cause an episode to occur. I know if I wanted to I could make one happen. That’s not something I’m ever likely to do though.

Because this syndrome is not well known, those who have it can often go for years not knowing what’s happening and believing they are going crazy or wont be believed. It’s important that people having AIWS episodes inform their doctor in case the cause is due to tumours or Epstein-Barr virus which will require medical help. Most people who experience episodes caused by headaches may grow out of them by their teens, for most people the episodes decrease in frequency but never fully go away. If the episodes increase or start suddenly you should consult your doctor.